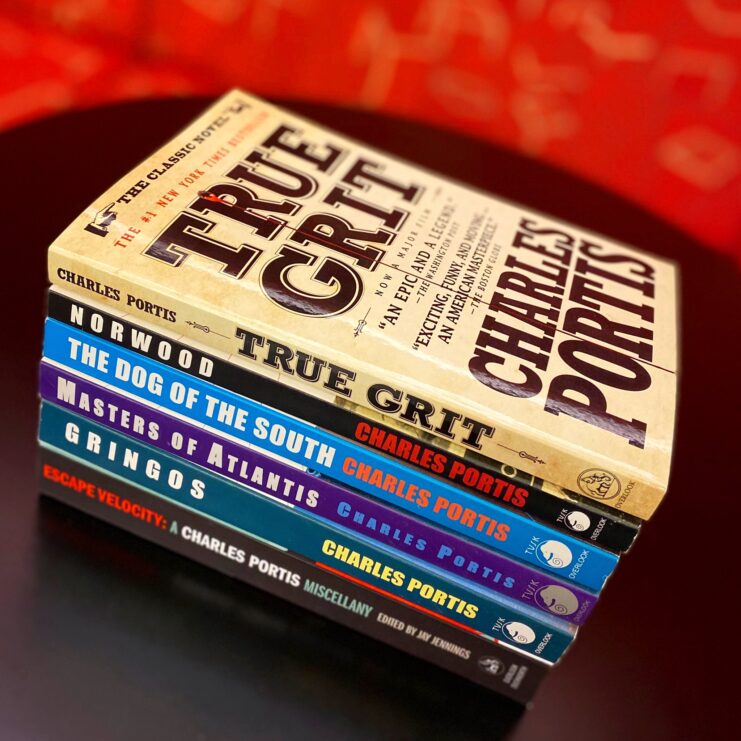 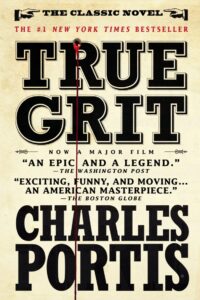 Charles Portis has long been acclaimed as one of America’s foremost writers. True Grit, his most famous novel, was first published in 1968, and became the basis for the movie starring John Wayne and now the film by the Coen brothers starring Jeff Bridges and Matt Damon.

True Grit tells the story of Mattie Ross, who is just fourteen years of age when a coward going by the name of Tom Chaney shoots her father down in Fort Smith, Arkansas, and robs him of his life, his horse, and $150 in cash. Mattie leaves home to avenge her father’s blood. With the one-eyed Rooster Cogburn, the meanest available U.S. Marshal, by her side, Mattie pursues the homicide into Indian Territory.

True Grit is eccentric, cool, straight, and unflinching, like Mattie herself. From a writer of true status, this is an American classic through and through.

Charles Portis lives in Arkansas where he was born and educated. He served in the Marine Corps during the Korean War. He was the London bureau chief of the New York Herald-Tribune, for which he also wrote as a reporter. He is the author of Dog of the South, Masters of Atlantis, Gringos, and Norwood.

“A generation of novelists have simply called him a writers’ writer and have made his name a sort of secret password. Soon, they’ll no longer have him to themselves.”—Rolling Stone

“A wonderful book…. That’s really what the Coens are referencing, and that’s what I’m doing as well”—Jeff Bridges

“I think [the book is] much funnier than the [the
original] movie.” —Ethan Coen

“The Coen brothers told Bridges they didn’t want him to think about the Wayne movie, and instead draw inspiration from the Charles Portis novel”—USA Today

“The Coens have gone back to the source for True Grit and that is the wonderful book Charles Portis wrote. Most of the dialogue is culled straight from the book.”—Matt Damon