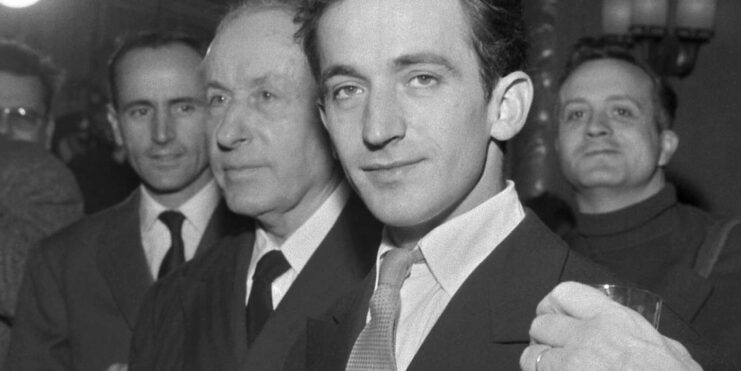 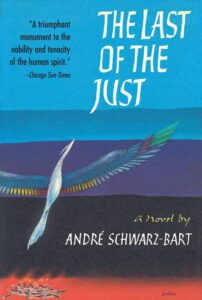 Published in sixteen languages and winner of the prestigious Prix Goncourt, Andre Schwarz-Bart’s The Last of the Just is considered by many the single greatest novel of the Holocaust. This classic work, long unavailable in a trade edition, is one of those few novels that, once read, is never forgotten.

On March 11, 1185, in the old Anglican city of York, the Jews of the city were brutally massacred by their townsmen. As legend has it, God blessed the only survivor of this medieval pogrom, Rabbi Yom Tov Levy, as one of the Lamed-Vov, the thirty-six Just Men of Jewish tradition, a blessing which extended to one Levy of each succeeding generation.

This terrifying and remarkable legacy is traced over eight centuries, from the Spanish Inquisition, to expulsions from England, France, Portugal, Germany, and Russia, and to the small Polish village of Zemyock, where the Levys settle for two centuries in relative peace. It is in the twentieth century that Ernie Levy emerges, The Last of the Just, in 1920s Germany, as Hitlers sinister star is on the rise and the agonies of Auschwitz loom on the horizon.

Andre Schwarz-Bart, a French Jew of Polish descent, was born in Metz in 1928. Fifteen years later his parents were arrested by the Germans and shipped to a Nazi concentration camp. Mr. Schwartz-Bart served with the French Resistance, was imprisoned and escaped. This, his first book, was published in sixteen languages.

Praise for THE LAST OF THE JUST

“No one who reads The Last of the Just can ever be quite the same again. Though it is stark tragedy on an epic scale, it is told with subtle and warm understanding for the foibles of mankind and for the irony and humor of mans way in this strange world.” – William L. Shirer

“The Last of the Just transcends the definition of fiction. It is part history, part vision, forged into a single echoing, terrifying outcry, at once lush and sardonic, full of color and fury and a heartbreaking richness.” – The New York Times

“A triumphant monument to the nobility and tenacity of the human spirit.” – Chicago Sun-Times