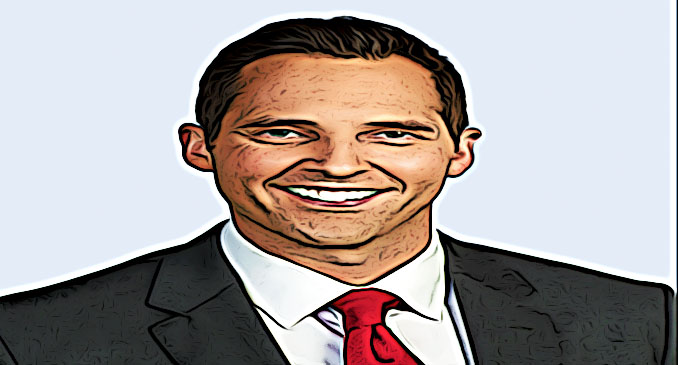 Ryan Schulteis anchors the editions at 7 pm, 5:30 pm, 6:30 pm, and 9 pm Saturday. Also, Ryan joined the news team in the summer of 2006. He arrived in Las Vegas on Fox 5-7 NewDesk. Prior to Focus 5, Ryan reported for WTVO-TV in Rockford, Illinois, and WISN 12 News in his hometown of Wisconsin.

He holds a Bachelor’s degree in Broadcast Journalism from the University of Wisconsin Oshkosh. Ryan covered some of Boston’s historic news, from multiple sports championships to the darkest and most inspiring moments in our city. Ryan enjoys working, traveling and spending time with his husband Drew, family and good friends in his spare time. He lives in Boston.

Ryan is currently working as an anchor of the edition at 4 pm, 5:30 pm, 6:30 pm, and 9 pm on Saturday on Broadcast Week at WHDH. He has been working with the channel for six years. Previously, he worked with FOX5 as a general assignment reporter in Las Vegas. As a reporter, Schulteis has presented great stories, both nationally and internationally.

In addition, he worked as a reporter for Channel WTVo-TV in Rockford, Illinois. During that time, he was also affiliated with WISN in Milwaukee.  He was supposed to cover the death of actor Heath Ledger in big news and has interviewed Yoo Bono, Britney Spears, George Clooney, Jerry Seinfeld, Mark Wahlberg, Donald Trump and many more.

Ryan at the Liberty Hotel in Boston on April Ap. He was married to Drew Colleran on March 11, 2015. He also hosted his reception party at the same hotel.

They were the first to be introduced to a party by Ryan’s 7 News partner Adam Williams and his husband, John Atwater. The couple engaged in the August 2013 race at Race Point Beach in Township, MA.

He has brown eyes and white hair but her height and weight are not available.

It is estimated at approximately US $1.5 million and Ryan Schulteis’s salary as US $ 18k-275k.