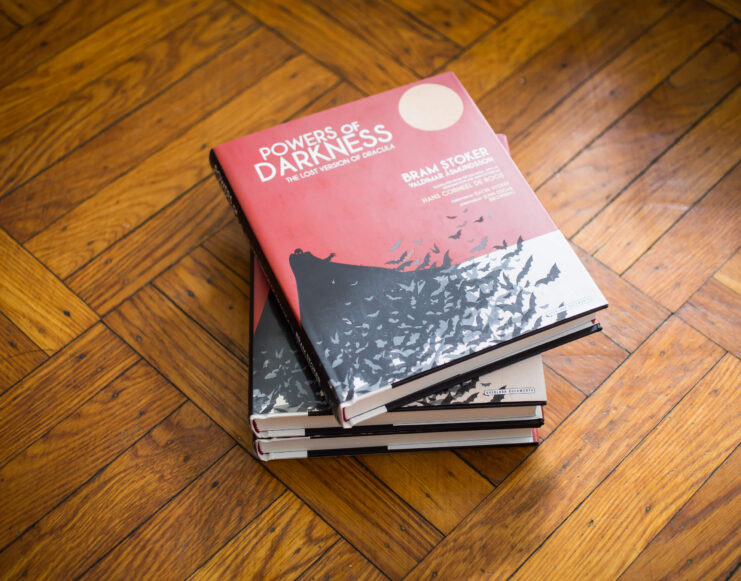 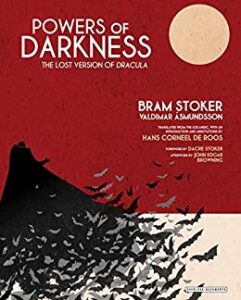 The first ever translation into English of a newly discovered Icelandic adaptation of Bram Stoker’s classic gothic novel, Dracula

Powers of Darkness is an incredible literary discovery: In 1900, Icelandic publisher and writer Valdimar Ásmundsson set out to translate Bram Stoker’s world-famous 1897 novel Dracula. Called Makt Myrkranna (literally, “Powers of Darkness”), this Icelandic edition included an original preface written by Stoker himself. Makt Myrkranna was published in Iceland in 1901 but remained undiscovered outside of the country until 1986, when Dracula scholarship was astonished by the discovery of Stoker’s preface to the book. However, no one looked beyond the preface and deeper into Ásmundsson’s story.

Powers of Darkness presents the first ever translation into English of Stoker and Ásmundsson’s Makt Myrkranna . With marginal annotations by de Roos providing readers with fascinating historical, cultural, and literary context; a foreword by Dacre Stoker, Bram Stoker’s great-grandnephew and bestselling author; and an afterword by Dracula scholar John Edgar Browning, Powers of Darkness will amaze and entertain legions of fans of Gothic literature, horror, and vampire fiction.

Hans Corneel de Roos is an independent researcher specializing in French and British Art of the second half of the 19th Century. He is the author of The Ultimate Dracula and numerous other articles on Dracula. He is a recipient of the Research Award of the Transylvanian Society of Dracula.

Bram Stoker (1847-1912), an Irish novelist and short story writer, was known during his lifetime as the personal assistant of actor Henry Irving and business manager of the Lyceum Theatre in London, which Irving owned, but is best known today for his 1897 Gothic novel Dracula.

Vladimar Ásmundsson (1852-1902) was the founder and editor of the Icelandic literary journal, Lady of the Mountains.

Dacre Stoker is a Canadian-American writer, athlete, and filmmaker. He is the author of Dracula: The Un-Dead, and is the great-grand-nephew of Bram Stoker. He lives in South Carolina with his family.

John Edgar Browning is a Marion L. Brittain Postdoctoral Fellow at the Georgia Institute of Technology. He is the author or editor of eleven academic and popular trade books and more than 50 articles, book chapters, and reviews on subjects that cluster around horror, the undead, Bram Stoker, and the Gothic. He has also been a guest on National Geographic’s Taboo USA and The Discovery Channel’s William Shatner’s Weird or What? to discuss vampires.

If you liked this review be sure to check out more on overlookpress.com.