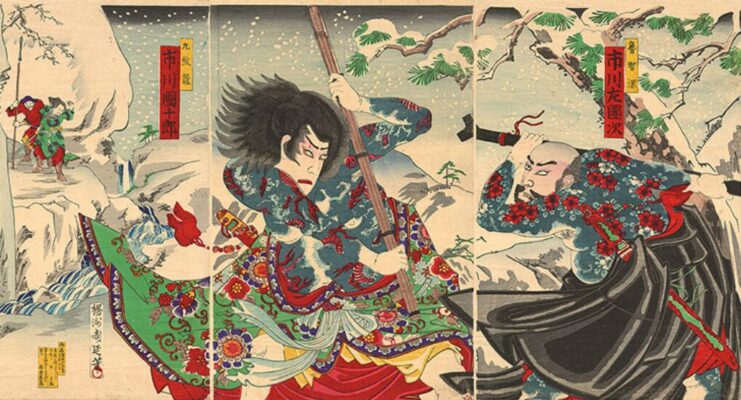 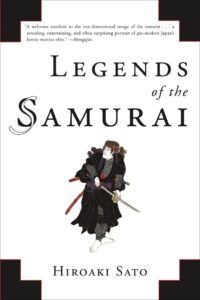 Over the decades the reputation of the samurai has grown to mythical proportions, owing to such ﬁlms as Akira Kurosawa’s Seven Samurai and Yojimbo as well as works such as James Clavell’s epic Shogun. In Legends of the Samurai, Hiroaki Sato confronts both the history and the legend of the samurai, untangling the two to present an authentic picture of these legendary warriors.

Through his masterful translations of original samurai tales, laws, dicta, reports, and arguments accompanied by insightful commentary, Sato chronicles the changing ethos of the Japanese warrior from the samurai’s historical origins to his rise to political power.

A fascinating look at Japanese history as seen through the evolution of the samurai, Legends of the Samurai stands as the ultimate authority on its subject.

“A welcome antidote to the one-dimensional image of the samurai…a revealing, entertaining, and often surprising portrait of pre-modern Japan’s heroic warrior elite.” —Mangajin

“The value of this work lies in the way it illuminates a non-Western cultural tradition—a way of thinking and acting that may seem alien. It offers a rare look into the mindset of Japan’s warrior aristocracy.” —Library Journal

HIROAKI SATO is a poet, translator, and journalist, as well as an adjunct professor at UMASS Amherst. The winner of the PEN translation prize and the former president of the Haiku Society of America, he also translated The Sword and the Mind, published by Overlook. He lives in New York City.