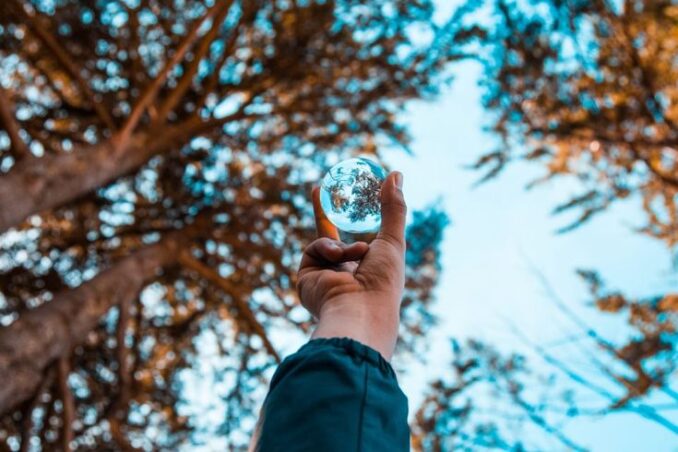 We’ve all heard about prophets and astrologists, and we know that some of them were more successful in their fields than others, but did you know that some of these people actually predicted a lot of things that are happening in the modern world? These people are said to have been far before their time, and they were able to combine spirituality, knowledge, and astrology to make an impact on the time they lived in and even leave their mark in modern society. Keep on reading to learn more about the biggest prophets and astrologists who are famous even today.

The first person we are going to talk about is said to be a person who had a huge influence on spiritualism and astrology, but she was also known to go against the stream. Many people saw her as a rebel and as someone who does not want to follow the rules.

She was extremely popular for her fortune-telling practice and she started doing this in New York when prophecies were forbidden and people who did that were incarcerated or banned. She was born in the late 1800s and the fact that she tried to help people despite her field being completely frowned upon made her one of the most popular people in her time.

The biggest prophecy that Adams had was the prediction for the infamous market crash in the late 1920s, and after that, people believed every word that she had to say.

This clairvoyant is popular for stating and showing that he can easily channel his higher self and with that, predict not only the future for the world but see details of the private lives of many.

He was a psychic and a healer who lived in the late 1800s until the mid-1900s, and even though he did not rely a lot on traditional and formal education, he claimed that the stars help him understand the world, and see deeper than other people can.

Cayce was a healer and he used a combination of homeopathic medicine with spiritual readings to help his followers stay well, or receive healing for different conditions. He built a lot of healing centers and hospitals and he is known even today for his works and influence.

No one is more famous than Michel de Nostredame in this field, and no matter where you are from, or how spiritual you are, you’ve heard about this person. His predictions for the future are still closely looked into, and the prophecies he had have turned out to be true on many occasions.

The French astrologist was born at the beginning of the 1500s and lived to the mid to late 1500s. During his life, he got famous not only for his work in astrology, but he was also a physician and a reputed seer. He wrote a lot of different works and published several books.

On websites like yearly-horoscope.org, you can see what Nostradamus predicted for 2023 and he also talked about things that came far after his time including artificial intelligence.

This was one of the smartest people of his time, and he is still remembered as a brilliant person who not only had the knowledge but also had the gift for understanding the future.

She is said to be the Nostradamus from the Balkan, and she is best known for her masterful fortune-telling skills and prophesies that came true over and over again.

Baba Vanga was born at the beginning of the 1900s and she is known as a Bulgarian mystic and herbalist who has changed the lives of millions of people. Her gift showed off even before her teenage girls, and even though many people doubted her at first, with time she became one of the most reputed people not only in the Balkan but all over the world.

She was blind and, on several occasions, she stated that because she lost her sight, her hearing improved and she was able to see voices from the beyond, as well as plants and other creatures, talking to her. She had many predictions including the 9/11 attack that turned out to be correct.

Alan is said to be the father of modern astrology as he is one of the biggest figures in the early 20th century. He is said to be one of the smartest and most influential people of his time, and many of his works have been published in different places.

The thing he is best known for is his ability to simplify astrology and make it easier for people to understand. It is said that he is one of the biggest reasons why astrology started being studied in different countries all around Europe and he is also a founder of many different organizations that helped people explore this field.

Some of the most important works that Alan created include standard natal charts, along with important magazines and influential data. His works helped individuals delve deeper into the studies and understand more than just the basic meaning of astrology.

This is one of the most important people in astrological history, and Ptolemy was an astrologist that lived and worked in the second century. He was a well-rounded individual who took interest in more than just this field, and the records suggest that he was a creative person who liked to study astronomy, astrology, geography, and much more.

The work he did then is still a guideline to many scientists today, and he is one of the people who started aligning science with astrology. His work has been translated into many languages and people all over the world study his findings.

These are some of the most famous prophets and astrologists that we know about, and even though there are many other people who left their mark on the world, these are the people that we all have heard about. Their findings combined deep knowledge and skills, and even though some of them make us wonder how their prophecies were so accurate, it is said that everything was based on their great brainpower, and being able to understand how the actions are taken today will affect the future. If you delve deeper into their studies, you will see how interesting their works are, and you will spend days and even weeks trying to learn as much as you possibly can. Even in today’s world we have people that are renowned in the field, and chances are, future generations will study their work and put their names on the list of biggest prophets and astrologists.